Fun for the whole family

We look forward to welcoming you into our unique tasting room and gift shop, custom built to create a cozy atmosphere with a modern touch, in our historic barn dating back to 1935. You will be charmed by the outdoor terrace overlooking the bucolic landscape, including the majestic St-Lawrence River and Île d’Orléans’ landmark bridge. Come enjoy the tranquillity and world-class beauty of the estate, which was recently featured in Magazine Prestige. Visitors will be able to discover and appreciate the quality and unique characteristics of our wines, through a wide range of tasting options according to preferences and budgets. The following are some of the family friendly activities offered by Saint Pierre Le Vignoble.

It is now possible to offer a 50$ and 100$ gift card that is valid on all our products in store as well as at our gourmet corner.

We are pleased to announce that our wines Rêverie and Rosée Matinale have been awarded a gold medal at the 2022 edition of the Coupe des Nations. Envol was awarded a silver medal at the same competition. We are proud of this recognition !

Taste our unique wines while you unwind and enjoy the view, and unwind, whether from our tasting room or our covered terrace, which offers stunning views of the vineyard, the Laurentian mountains, and Montmorency Falls.

More than just a winery, the vineyard will be sure to provide an authentic feel for the charm and history of our island, nestled in the middle of the St-Lawrence River. Take a stroll and let it all sink in at your leisure or ask to be accompanied by one of our staff members, who will be happy to introduce you to the particularities of a Nordic vineyard. 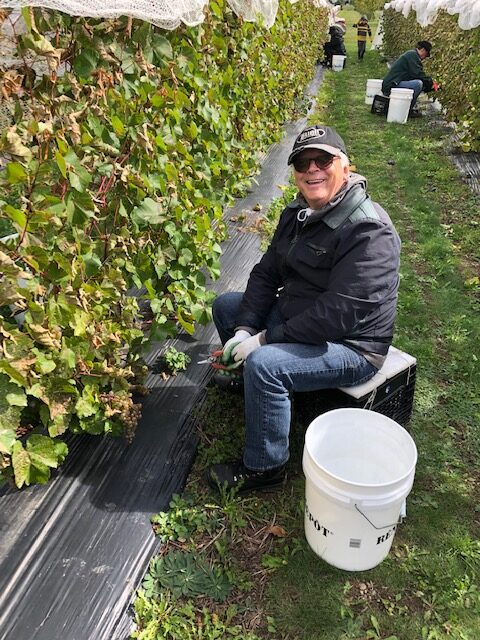 The harvest is the culmination of an entire season of grooming and caring for our cherished vines. It is a festive time, in which children and adults of all ages can participate in their own ways. Come live this unique experience, another authentic way to enjoy Île d’Orléans.

In collaboration with Chef Laurent Godbout, we propose a new culinary experience for the 2022 season.

FROM ROSACEA TO VINES – THE SAME PASSION

Saint Pierre Le Vignoble was born from two passions: the soil and winemaking. While initially dedicated to growing berries, for more than ten years, “Ferme La Rosacée” changed its vocation to become a vineyard in 2003. Determined to take root in Île d’Orléans, this “flower among the waters”, Christiane and Jacques set out to combine their two passions and to extract this exceptional winegrowing and winemaking potential of the Orleanian terroir to its fullest. 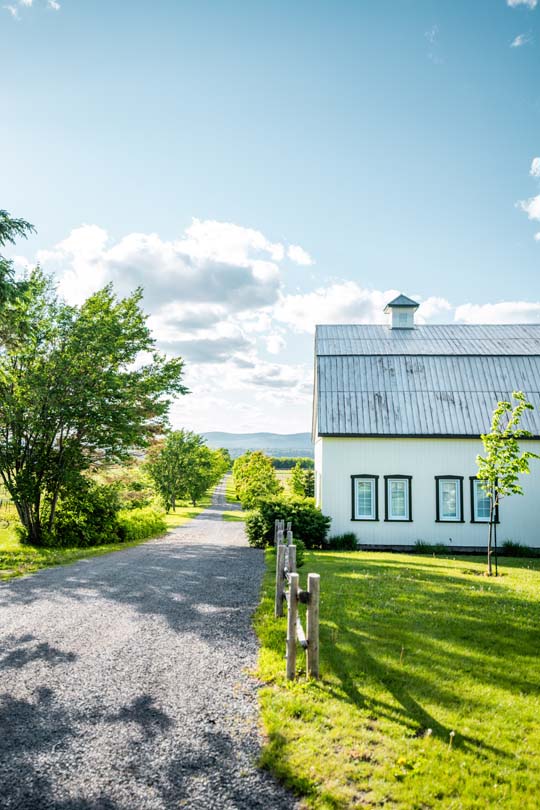 From rosacea to wines, the passion, dedication, and the goals remained the same: to allow the soil to express itself as best it can and to its fullest, in harmony with nature and the environment. 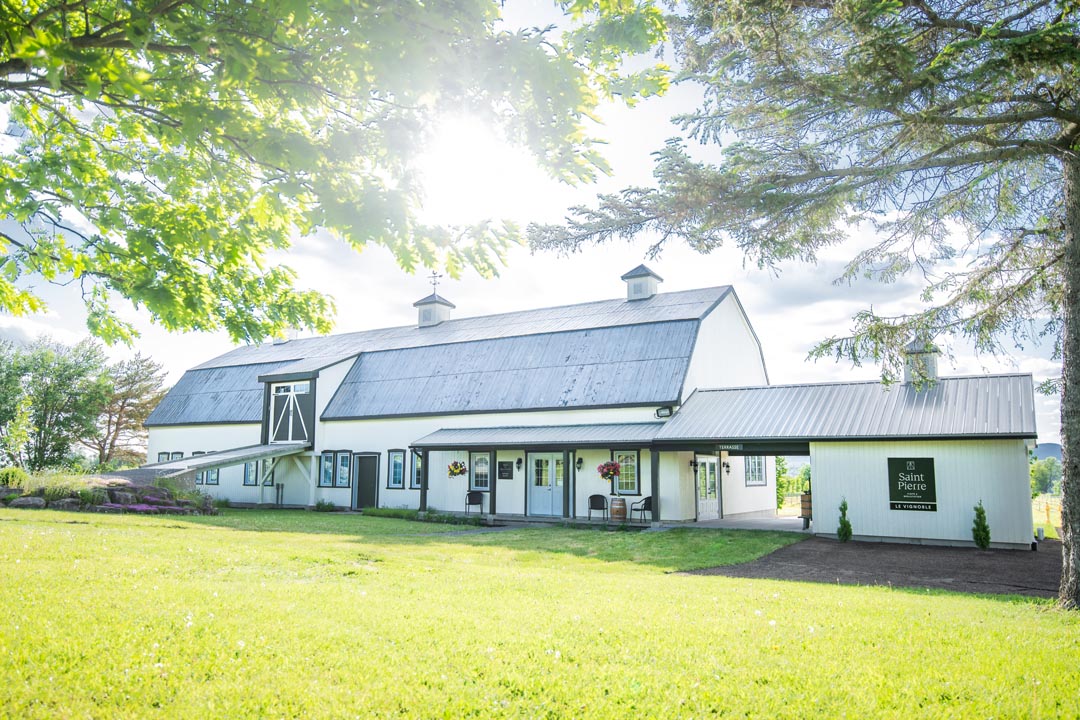 “The staff are fantastic !! Thank you Christiane for your warm welcome ☺️ Élyzabeth Roy – on Facebook “

“Very friendly staff. It is possible to have a picnic on site and to consume the wine by the bottle or by the glass. A stop is essential! ” Allen Whittom – on Google

“What a wonderful discovery!”

They are talking about us! 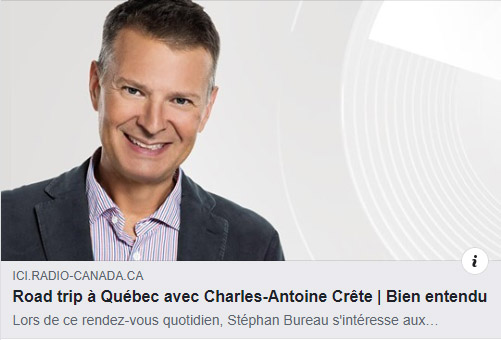 Another report in which they talk about Saint Pierre Le Vignoble… This time it’s on the show Bien entendu with Stéphane Bureau. 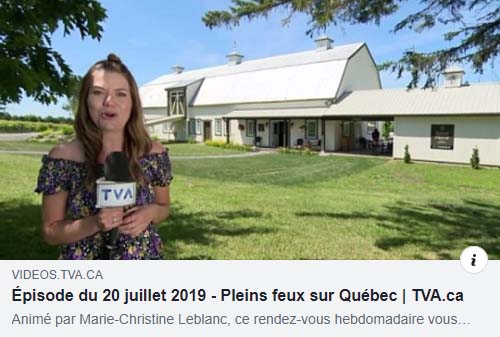 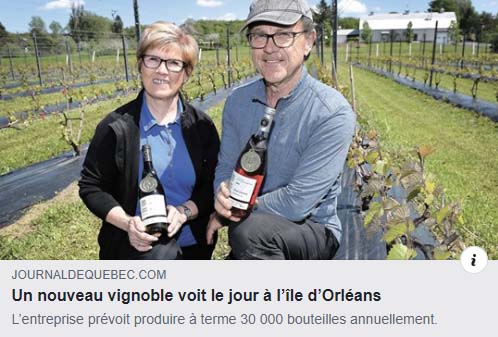 A new vineyard is born in Île d’Orléans 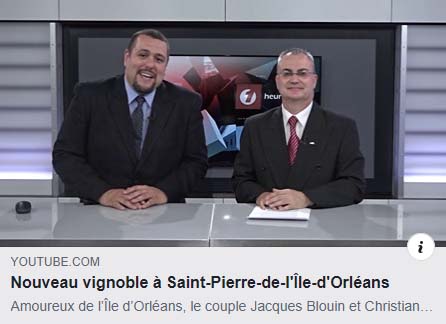 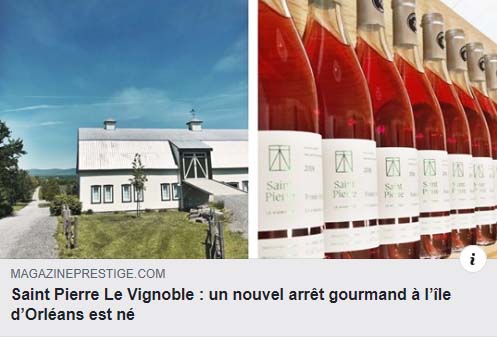 They talk about us in Magazine Prestige 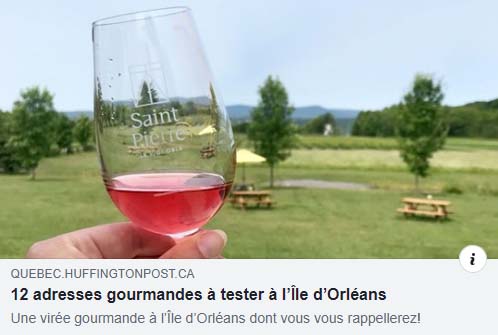 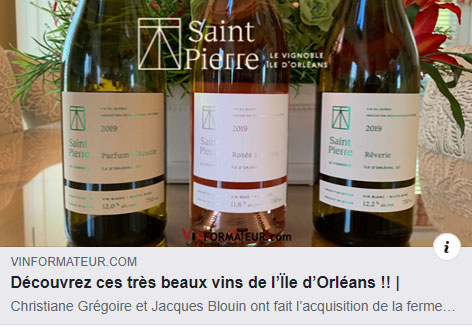 Discover these very beautiful wines from the Isle of Orleans !! BY CLAUDE LALONDE 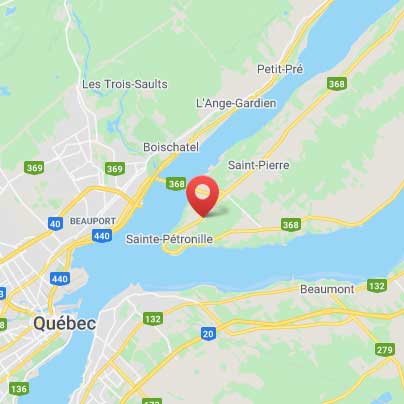 En cliquant sur ENTRER, vous confirmez que vous avez bien 18 ans et plus.
By clicking ENTER, you confirm that you are 18 years of age or older.

Stay in touch with us! We will send you, sometimes a year, an information bulletin concerning the vineyard, its wines and its activities.

We are now in touch with you!

Thank you for encouraging Quebec wines